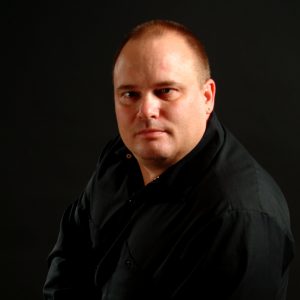 He's the creative vision and mastermind behind KX2 Studios.  He's an incredible photographer, graphic designer, videographer, and marketing genius.  Design, creativity, and the arts have always been a part of his life.  Being born to a Master Painter, Herb Schraml, and his wife Kathleen in the early 1970's, Karl learned from a very young age the importance of the arts as well as acquiring a keen eye for depth and beauty.

When Karl first discovered photography, he fell in love with the magic of painting with light.  On each new project he undertook, Karl was able to raise the bar by blending a classic style with  modern sensibility.  His desire to continually learn has kept him on top of the trends in photography, taking as well as teaching course through the Professional Photographers of America (PPA.)   He also has a Bachelor of Science in Business Management.

Throughout his career, he has had the opportunity to work in fascinating places and large markets throughout the United States – Los Angeles, Seattle, and San Antonio.  His career spans radio, television, film, and more.  Below are some of the early stints Karl had in his career:

Realizing his love for photography and creating last memories, Karl decided to open his first photography studio in the mid-1990's.  From then to now the studio has gone through various iterations, continuously improving to better meet our client's needs.

With almost thirty years of experience, Karl is an incredibly skilled photographer.  Whether you visit us for photography, graphic and/or web design, or your marketing needs, you can ensure you're in good hands.

A favorite quote of Karl's by Ansel Adams - "There are always two in every picture: the photographer and the viewer." 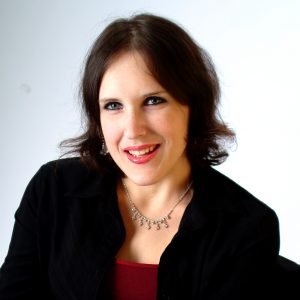 She's the analytical, yet creative tech diva that helps Karl to keep KX2 Studios moving forward to obtain new heights!  Since the mid-1990's, Kendra has had a passion for computers (development, building, fixing, etc.)  In 1998, she created her first web site at the age of fifteen for her online newsletter – Beanie Time.  It was on good ol' Hometown AOL.  Does anyone even remember that anymore?

As time moved on, Kendra's web and graphic design skills improved exponentially.  By 2000, she purchased her first domain and was part of the growing blog community.  In 2003, Kendra converted her blog over to the newly released blog platform, WordPress, and the rest was history.  With fourteen years of WordPress development expertise, you can ensure your WordPress site is in good hands!

Kendra graduated from high school in 2001 and went on to obtain a Bachelor of Science in Business Administration with a Concentration in Computer Information Systems from California State Polytechnic University, Pomona (Cal Poly).  Her education at Cal Poly taught her coding (PHP, C++, Java, JavaScript, C#, ASP.Net, and VB.Net), business, furthered her web design skills, and so much more.  It was an incredibly rewarding experience.

After graduating in the top 10% of her class from college in 2005, she was quickly hired by a top 50 Fortune 500 large financial institution.  She stayed with that organization for four years until moving onto other companies in the apparel, e-commerce, retail, medical, and financial industries.  She has managed multi-million dollar projects and strives to continually do her very best in every task that she undertakes.

Today, Kendra works for a large San Antonio company as a Project Manager.  She enjoys seeing the positive impact that her involvement on projects has and always looks for ways to improve her skill set. She became a Certified Scrum Master (CSM) and is working toward obtaining her Project Management Professional (PMP) certification.  She looks forward to getting to know you and helping your business reach the next level!